Tham ist a pickpocket, who is constantly being pursued by Inspector Craddock throughout the series.

The  Tham series was created by Johnston McCulley, who wrote about 100 Thubway Tham stories.

The Last adventure with the pickpocket was published  january 1960 after the death of the author. 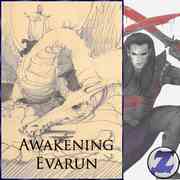 is the prelude to my Epic Fantasy Trilogy, Prophecy of the Evarun, the first part of which, Veil of the Dragon, is scheduled to be released in May.

Awakening Evarun is written as a serial, with each part being released every 6-8 weeks, like the old dime store cliff hanger novels they used to have long ago.

Awakening Evarun (Part I of VI)

Awakening Evarun
Part I of VI
For Nicholas, Maxwell and Julian.
Awakening Evarun is an illustrated serial for Kindle. It is the prequel to my Epic Fantasy Trilogy, Prophecy of the Evarun, the first installment of which, Veil of the Dragon, is scheduled to be available in May, in paperback and Kindle formats.
The first four parts of Awakening Evarun are available on Amazon.
Weiterlesen ... Kommentar schreiben

The disconnect. The disassociation. The awareness. The silence.


The disconnect. The disassociation. The awareness. The silence.

The fast paced realm of existence in today's society that breeds corporate greed, that extols the virtues of existential entitlement, that roils in the muck and mire of exploitive exhaustive competitiveness, that feeds on the rampant desire to consume.
Weiterlesen ... Kommentar schreiben

Win a story especially for yourself - You send to hell ... 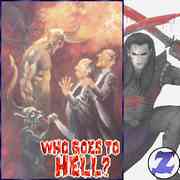 And the winner of a story is -You send to hell ...We present the winners

In the next volume of "Adventurers in Hell" Janet and Chris Morris will write a story that contains the character you suggested.

The Confession: My name is Ju Honisch and Im a Filker 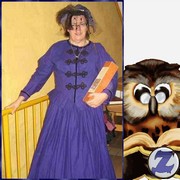 The Confession:
My name is Ju Honisch and Im a Filker

FILK is not a typo or a misprint; it is a little known music genre even though it has been in existence for fifty years. Whether the name rose out of a misprint or whether it is a deliberate word-blend of Folk and the term Filch, who knows? (Translators Note: I am currently living with a Filker by the name of Heather Borean and I believe the term was an actual programme book misprint that everyone liked enough to keep.)
Weiterlesen ... Kommentar schreiben