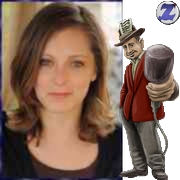 The young woman from California is a gifted all-rounder and had been nominated for the Hugo in 2011 with her music video »Fuck me Ray Bradbury«. For us this was the reason to talk to her in an interview and find out more about this all-rounder from the United States.
Weiterlesen ... Kommentar schreiben

In Memoriam
William Hinzman
(October 24, 1936 to February 5, 2012)
I have this very, very clear image / memory from a convention a couple of years ago:  I was on a panel with a group of people, and we were discussing our particular penchant (that being zombies, of course), and this random face peeks into the room full of people with a quirky tone, is this room full of brains?  There was much merriment at this, with which he disappeared back out to the hallway.  It was completely random and out the blue - a perfect moment at a con.
Weiterlesen ... Kommentar schreiben

From Rogue States to Rogue Sites?
SOPA and PIPA
 Rogue sites - for me that's a contender for  Worst Word of the Year - even if this year is just 18 days old.

In its SOPA and PIPA proposals  rogue is what US legislature choose to call those websites that are bent, with malicious intent, on doing harm to the United States of America - its people and its economy and industry.
Weiterlesen ... Kommentar schreiben

Tham ist a pickpocket, who is constantly being pursued by Inspector Craddock throughout the series.

The  Tham series was created by Johnston McCulley, who wrote about 100 Thubway Tham stories.

The Last adventure with the pickpocket was published in january 1960 after the death of the author.

Joe Lansdale on film adaption of novels, trends and comics 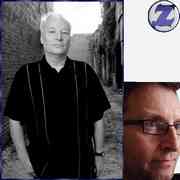 Joe Lansdale
on film adaption of novels, trends and comics

Joe Lansdale is mainly popular in Germany for his novels about Hap & Leonard. The novels are published under the crime-label, but the action-sequences and the humor in the novels overshadow the detective-attributes and make the books a unique mixture.

Joe is in the US also well known for his Horror-novels and short-stories for which he was honoured with the Bram-Stoker-Award and other high-noted prizes.
Weiterlesen ... Kommentar schreiben