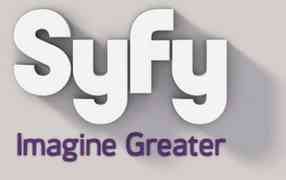 Overall
Mediocre - lots of potential, but not executed as well as it could have been.  It's very evident (to me) that this movie was written and developed from a fan of the genre perspective.  There's a bunch of "inside" jokes, references to other movies and zombie greats - Kirkland, "S-Mart" - kooky little things like that; stuff that would easily tickle the zombie fan.  It's an OK watch, fairly straightforward fare; but I think that with a little bit of additional effort, it could have been much better.

Pro's
Good dialogue, excellent sets and photography - all those wonderful technical niggles that make a movie an enjoyable experience; it was very well filmed.  Good money was spent and well executed on all of this.  I think by limiting the number of principle characters to a simple, manageable number, that effective dialogue (for the most part; some whacky, pretty corny "staples" thrown in, of course) and character interaction was well executed.  The characters did not "develop" so much as they carried on through the movie and introduced you to all the "universe elements" for this world.  Loved the bow and arrow people.  Some nice fight scenes and pleasant eye candy.

Con's
Too much CG.  CG blood, CG fire, CG tiger thing.  Personally, I think that if they had scaled back the fake blood and used less of the "slice that guy's head in half" (which could be done way cheaper via CG, obviously yes) is neat, once.  To repeat it, simply for effect, lessens the appeal of the effect.  And the CG blood - ack, it was used wayyyy too much.  Every slice, every gun shot, every blow with the sledge hammer - CG blood, which was way too obvious.  Oh, and one thing, that cheesed me off was that it felt like they tried to throw in every zombie trope possible.  Slow zombies, fast zombies, smart zombies, zombie dogs, etcDidn't think it was all necessary - neat, but not necessary to tell this story.  And the .50 Cal machine gun - which ejected spent cartridges (CG), but didn't feed any bullets into the chamber.  That one bugged me.

Plot Overview
Standard zombie survival scenario: World's gone to hell in a hand basket, but a couple of would be stragglers trying to find out what happened in the world, venture out of their safe haven, and enter a small town.  Of course, they encounter the zombies, have no idea what's going on and fun ensues.  Quick battle, cut to  veteran zombie combatants enter and save their butts.  Communal story sharing begins, camaraderie develops, the team grows and moves forward through mini adventure to mini adventure on their mildly mythic journey to sanctuary, an island named Cattalina.  Simple, neat, wrapped up with a bow. 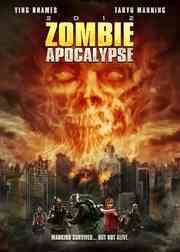 Correct me if I'm wrong, but this basic story outline is the same as  a number of zombie movies that I've seen.  Not that it's a bad story, nor a difficult one to watch again; I would have appreciated just a smudge more of something - more.  Just a little thing here or there to add some kind of new depth or something to give it a little bit more bite.

Did I get what I expected?  Yes.  I expected a "B-Movie" SyFy special but I had hopped for more.