Perry Rhodan Reboot - Why it Needs to be in English 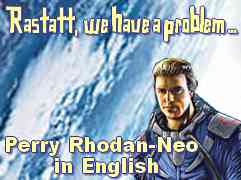 Perry Rhodan Reboot -
Why it Needs to be in English

Perry Rhodan is claimed to be the most successful Science Fiction series ever. When it started back in 1961, no one knew how successful it would be. I suspect if the original writers had known how well it would do, they probably would have run screaming...

Perry Rhodan has always had one huge disadvantage, and that is the lack of a timely English translation. 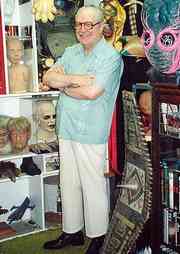 Those of us in North America who read them cringed at some of the plot points. It wasn't only Perry Rhodan that had been affected, North American literature had been just as badly hurt by the sexual revolution, sexual equality, racial equality, and many other things that we took for granted in the late 1970s, but which were startling concepts in the early 1960s.

English speaking North American fans, and German speaking fans weren't in close communication in the 1970s. It's jarring to a North American fan even today to hear German fans referring to 'Bully.' Bully has negative connotations in English, so Reginald Bull was renamed Reginald Bell. Gucky, the Mouse-Beaver was renamed Pucky for similar reasons. If the books had been planned for immediate translation, the language conflict would have been caught at the time of writing, instead of nearly twenty years later.

With Perry Rhodan currently undergoing a 'Reboot', now would be the perfect time to consider timely translations. In the past it was necessary to print hard copies, and it was expensive to ship them. Now with electronic delivery, and print on demand for those who want hard copy, costs have droped significantly. Even though there is currently almost no English Language Perry Rhodan fandom, the costs to develop English language fandom are lower than they've ever been historically. Twitter, Facebook, Identi.ca, Friendika, Google+, etc. give the writers leverage that they didn't have in 1961.

I'm writing this from a selfish viewpoint. I want to read Perry Rhodan. And I don't want to wait twenty years for the translations to start this time.

12
#16 AARN MUNRO 2016-09-22 17:50
There is an english translation available of the Lemuria-Cycle of six paperbacks. That is the new first step of translation. The whole series may come in future if this six paperbacks succeed... I think it is british english but american citizens should encypher this strange language...