My 2 Cents on: Orson Scott Card and LGBT

My 2 Cents on:
Orson Scott Card and LGBT

"Ender’s Game is set more than a century in the future and has nothing to do with political issues that did not exist when the book was written in 1984. With the recent Supreme Court ruling, the gay marriage issue becomes moot. The Full Faith and Credit clause of the Constitution will, sooner or later, give legal force in every state to any marriage contract recognized by any other state. Now it will be interesting to see whether the victorious proponents of gay marriage will show tolerance toward those who disagreed with them when the issue was still in dispute." -- Orson Scott Card. 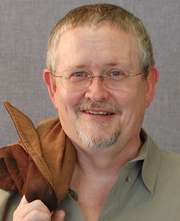 After twenty years of despicably virulent homophobia ... no. This is just another detestable characterization of LGBT people -- that we are intolerant.

Intolerant? Of people who want to lock us up, put us in concentration camps, deny us our civil rights? Intolerant? Are you fucking kidding me?

You want me to be tolerant, Scott? First be one of those people who understands. Or to put it bluntly -- get your fucking foot off my neck, then we'll talk tolerance.

See, Scott -- I don't dislike you. I honestly don't. I think you're a very interesting author and you've turned out some works I admire. But you've made PR Mistake Number One. You've sided with hate-mongers. You've targeted a minority and you've characterized yourself as the righteous warrior. That gives you a short-term gain and a long-term loss. Look up Father Coughlin and Anita Bryant and Kirk Cameron.

Now you've made PR Mistake Number Two -- instead of honestly and sincerely apologizing for the hurt you have caused others, you have doubled down. You have played the martyr card, arguing that you are the victim.

What this demonstrates is that you have no idea of what the issue really is. It's about the 1138 rights, privileges, benefits, and obligations attendant to the civil contract of marriage. It's about social security benefits and inheritance and child custody and joint taxation and deathbed decisions and hospital visitation and adoption and community property and all the other things that you and your wife take for granted. It's about equality in the eyes of the law.

Our nation was founded on the idea that "we hold these truths to be self-evident, that all men (people) are created equal, endowed with certain inalienable rights -- and that among these are life, liberty, and the pursuit of happiness."

Your public statements, Orson Scott Card, put you on the wrong side of that declaration. Until you recognize that your public utterances have been at the service of bigotry and prejudice, there can be no redemption for you in the eyes of the LGBT community. Or anyone else, for that matter.

Something I missed in the previous lines

The political issues began in 1969 with the Stonewall revolution and the formation of various LGBT activist groups.

The political issues began when people like Anita Bryant and John Biggs campaigned to limit the rights of LGBT people throughout the 70's.

The political issues began when Ronald Reagan's white house deliberately turned a blind eye to the spread of AIDS, thereby guaranteeing that we would have a worldwide infection rate of 50 million people -- and more LGBT men died of AIDS than all of the men and women who died in Vietnam.

The political issues began a long time ago -- that Orson Scott Card was unaware of them is his shame. Writers are supposed to be good at research.

Now ... about that boycott of the Ender's Game movie
My guess is that Orson Scott Card was paid a hefty sum for the film rights and probably has some points on the back end. Knowing how Hollywood accounting works, he is unlikely to see much on the back end. Not unless he has points on the gross. (But the film would have to earn three times it's production costs before the accountants could even start thinking about how to hide any profits and studio accountants are the best fiction writers in the nation. Card's share might not be much.)

But here's the thing. Boycotting the film would hurt all the other good people who were part of its production, people who deserve to see their hard work acknowledged and appreciated.

So ... my feeling is that every individual needs to examine his/her own conscience and make up his/her own mind how to balance dislike of Card's politics against what might be an extraordinary film.

My feeling ... if you do go see the film, whether first run or later on, why not make an extra effort to donate some money to an LGBT-friendly cause you do believe in. Myself, I think donating to the ACLU's continuing challenge of marriage bans might be the best way to go.

The point that is worth making here is that Card's opposition to LGBT issues is ultimately a good thing -- because it puts the discussion on the table. The real victory in the LGBT movement is that every time an anti-gay speaker raises the issue, it's an invitation for others to respond. It makes it safe for everyone to contribute -- and the result is that LGBT issues are now part of the national conversation.

Card's own statements have contributed to that discussion. So as much as he has resisted marriage-equality, he's part of the reason that it's inevitable.