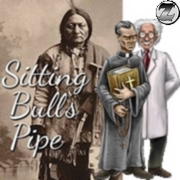 10 years after the print edition, now available as ebook: An exciting ethnological study on the most prominent Native American leader in the 19th century…

„These essays provide us with new dimensions of Sitting Bull, the Lakota leader; they further help define the material culture of the man“. 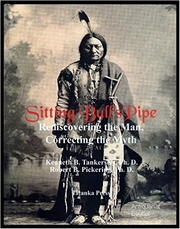 Jerome A. Greene, author of “American Carnage – Wounded Knee”, and “Nez Perce Summer 1877”
Kenneth B. Tankersley, Ph. D. Robert B. Pickering, Ph. D. Sitting Bull’s Pipe Rediscovering the Man, Correcting the Myth. The violent death of the great political and spiritual Lakota leader, Sitting Bull, is one of the most tragic murder cases in American history. To this day, it is controversial and painful for many Lakota people. Inseparably linked to this powerful chief is one of his highly important ceremonial possessions, an elaborate and beautifully made pipe carried by him in several famous photos. 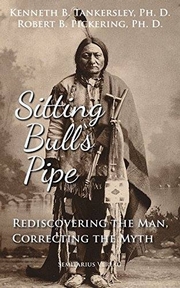 The pipe’s story reveals the dubious role of Indian Agent, James McLaughlin who, with false statements about the intentions and deeds of the chief, orchestrated Sitting Bull’s demise. Among McLaughlin’s infamous lies was the claim that Sitting Bull had broken his ceremonial pipe to wage war against the White Man.

Its rediscovery is a story equal to a scientific mystery case. From the 19th century windswept Plains of North Dakota, the pipe found its way into the Forrest Fenn collection where it then became the subject of a detailed forensic photographic examination to prove its authenticity.

This study of Sitting Bull’s pipe energized the authors to re-examine the political whirlwind on the Standing Rock reservation during Sitting Bull’s last days and the turbulent situation of the Ghost Dance movement.

Forword by Forrest Fenn. Introduction by Joanna Basha (Wabli Cante Wiya). Plus, an interview on the pipe in Indian tradition with Curly Bear Wagner. 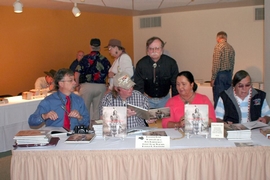 The authors:
Kenneth Barnett Tankersley, PhD. Professor of Anthropology. He served as an anthropology consultant for documentary films featured on National Geographic Television, the Discovery Channel, BBC Nature, the Animal Planet, and PBS. One of his books is “In Search of Ice Age Americans” (Gibbs-Smith Publishers, Layton, Utah, 2002).

Robert B. Pickering, PhD former Collier-Read Deputy Director for Collections and Education of the “BUFFALO BILL HISTORICAL CENTER” in Cody, Wyoming, is today a Professor at the University of Tulsa and one of the directors of the famous “GILCREASE MUSEUM” in Tulsa, Oklahoma.

As an esteemed forensic anthropologist, he received the “Service Award” of the Institute of Forensic Medicine in Bangkok, Thailand. He is a contributor to the Journal of the West, Bison World, and American Scientist. Moreover, he is the author of the reference work, Seeing the White Buffalo.

Available as ebook under this link at Amazon

The images show the book's cover (print and ebook), the presentation of the print version in 2006 in the BUFFALO BILL HISTORICAL CENTER with myself (standing) and my authors. 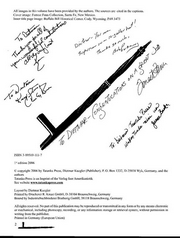 I would like to add some very personal reminiscences of the making of this unique book and of the presentation in Cody, Wyoming.

Seldom I experienced such a smoothly and harmonious atmosphere while working with several authors at a mutual book project. Thanks to modern communication lines, we realized changes, additions, and corrections in a jiffy. We never had any conflicts.

The presentation in Cody was perfectly and professionally prepared by Bob Pickering.

Bob and I were already close friends at that time. The other authors and the pipe’s owner, I only knew by email. But already at the first meeting, I was overwhelmed by their kindness and generosity.

From the first moment on, there was never the slightest doubt that we were a team.
At that time, they gave me a copy of our book with signatures and dedications from all of the authors. This copy is now a great treasure to me.