So: How Do You Learn To Write Commercial Fiction? 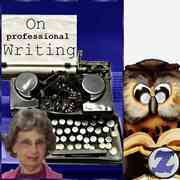 So:
How Do You Learn To Write Commercial Fiction?

The classic advice to new writers is to expect to write a million words for the garbage pail.

But it's a very rare person who can understand not only that this applies to them, but how exactly it applies. Not only that, but to a new writer, it always seems completely impossible that their work contains such epic-fails!  It must be the prejudices of the reader, or "you just don't understand" or "I'm doing something new!  Original is what sells!" or it's the priveleged few who are friends with the "gatekeepers" who get published.

Why does this happen?  And why does it happen so consistently?  Why does it happen so predictably that established, seasoned professional writers develop a total aversion to reading anything by a writer who hasn't sold already (i.e. the self-published)?  Why do working professionals put beginners in a "category" the beginner can't get out of simply because they are beginners?

What is it about beginning to write that creates this mental block?

Actually, it's very simple, and was taught to me by Marion Zimmer Bradley who learned it from her teachers.  It's an old quotation I don't have the origin of, but it's famous.

How can this be?

Well, have you read any of the psychology experiments where a group of people stand in a circle and watch a little skit, a stage play, by actors who re-enact an incident -- something you would ordinarily report to the police, such as a pickpocket stealing a wallet, or an armed robber knocking someone down, or a person on a bicycle barreling into a pedestrian, or an incident of "road rage" where two cars collide and the drivers get out and scream at each other until one of them grabs a weapon and attacks the other, who retailiates, etc until the police arrive?

The police (or psychological experimenters) then come, separate all the witnesses, and get them to recount exactly what happened without the others hearing and correcting the account.

Sometimes the experimenters re-run the experiment with different looking actors, or actors dressed differently, to indicate what segment of a society they come from.  Witnesses might tend to blame a Chinese person with an accent rather than the obviously native born speaker, etc.  People make assumptions based on appearances (a trait writers exploit shamelessly).

All the witnesses saw the same little skit or play, but no two accounts of who did what to whom will be the same.

And that's real life.  When it comes to relaxing into a book you know is imaginative, your critical faculties relax, too, and your observations are less objective.

So no two people reading a book can compare notes and find they read the same book.

Just look at the "reviews" on Amazon.  Those are not actual "reviews" at all, but are comments by untrained readers, readers who for the most part aren't trained in the very tight, professional, discipline of reviewing books, or of editing a line of books, choosing manuscripts to publish for an audience with a specific taste.  Some can summarize what they thought the book was about, and most can express fairly well, "I liked it." or "I didn't like it."  But read a lot of comments on a particular book and note the discrepancies in readers' reports.

You're all familiar with this phenomenon of subjectivity.  Everyone is.  But for some odd reason, new writers don't apply it to themselves.

Usually people set out to write a story for the first time because they've read stories or seen a lot of TV and felt, "I can write a better story than that!"  (which is very often true!)

The process inside the writer's mind that produces the commercially viable product is invisible to the fiction consumer.

What is it that makes a story commercially viable?

It's nothing special.  In fact, the less "special" it is, the more commercially viable the story is.

What does it mean "commercially viable?"  -- it just means that there are enough people who would pay money for it that the producers or publishers can make a profit delivering the story to readers/viewers.

It's audience size, or "reach," that determins commercial viability.

Almost every beginning writer initially produces that proverbial "million words for the garbage can" because they are in fact writing "better" material than they've ever read or seen.

What does it mean "better?"

I made this point in the non-fiction Bantam paperback, STAR TREK LIVES! and discussed it at some length.

For all of us, "better" fiction is fiction that very specifically satisfies our exact interest.

"Better" fiction is tailor made just for ourselves.

That's why when we read, we convert the story on the page to the story we want to experience in our minds.  This is easy to learn to do because we're all born with that ability -- as evidenced by how a group of witnesses all experience an incident within the parameters of their own terms of reality.

We interpret reality to fit our own internal narrative of our own lives.

Things that fit our narrative hold our attention, tickle our sense of humor, or entertain us, engage us with the hope of learning something, of progressing along our life's narrative track.

Things that don't fit our personal narrative track are boring, get dismissed, or -- get converted inside our heads into something interesting or comprehensible, just as eye-witnesses always do.

New writers usually have something to say that they really, REALLY, want to say.  It's important to get the readers to understand exactly what they mean, to convey and share the parameters of their own personal, internal narrative.

And there's the key.  That internal narrative of "life the universe and everything" is PERSONAL.

Commercial fiction -- by the very definition of commerciality -- is IMPERSONAL.

That's what makes it commercial -- the ability to please a wide market.

But in the broadening of the narrative behind the fiction, the impact of the fiction is lessened.  That means to be commercial, the fiction can't be BETTER!  This "narrative" I'm referring to here is discussed in my posts on Tuesdays on http://aliendjinnromances.blogspot.com under the tag "theme."

And possibly this one:
http://aliendjinnromances.blogspot.com/2010/02/tv-shows-leverage-and-psych.html

The only reason new writers are motivated to write is to present a BETTER story!

Those "better" stories are the million words for the garbage pail, the words of interest only to the writer him/herslef.  And many new writers never get any farther than that, and give up because they can't figure out that what interests them the most, bores others.

Other new writers, though, discover something truly magical and extremely profitable.

It's called fanfic, or fan fiction, and you can find more than you can read in a lifetime on fanfic.net

You'll find three kinds of fanfic there --
a) the million words for the garbage can  (fiction of interest only to the writer)
b) the second million words that take the writer on the path to commerciality
c) the third million words written to professional standards (sometimes by prof writers moonlighting under a pen-name) but written in a copyrighted universe, and so un-sellable to the commercial market.

There is another way to use fanfic.net  -- and other fan fiction outlets -- where you can share your personal imaginings set in a pre-existing, well defined, and known to your reader unverse.

You can set out to become a writer of commercial fiction by learning how to please and build an audience which has a narrow, and well defined taste in fiction.

You can train yourself to find and trigger the fanfic reader's nerve-endings.

With time, and a concurrent study of fiction craft techniques, it is possible to reach commercial craft standards with far less than a million words.  This, however, takes disciplined and targeted practice.

For some people this has to be done consciously and deliberately (almost coldly) and for others it's entirely subconscious, and the writer thinks they are just having fun (which they are!)

Fanfic writing can be the path to commerciality for those who find a particular novel series or TV show of obsessive interest, so absorbing that there's nothing for it but to write the fanfic stories about these characters, stories that could never be put on TV.  Finding other people who respond to a fictional construct the same way you do can be the exact key needed to reveal to the new writer how their minds process incoming fiction and change it in ways different from how other viewers change it.

Reading a story about a TV character written by someone who sees that character differently can teach you more about characterization than any number of books on "how to characterize.'

Listening to readers tell you how you've written your favorite TV character "all wrong" can teach you more, faster, than reading any number of books on how to write stories!

By feeling your way into a fanfic universe, reading, writing, and exchanging commentary with others who are likewise touched by a particular character who fascinates you can let you find that borderline in your mind where you convert the incoming fiction into something personal.

Once you've observed yourself personalizing incoming fiction, you are very close to being able to de-personalize the fiction you OUT-put across that line in your mind.

And that is the key to "breaking into print" (which isn't always on-paper print these days!)

Once you learn how to "universalize" that which is intensely personal to you, and maintain that deeply personal touch, that unique twist which is only yours, your fanfic following will grow by leaps and bounds.

At that point, a number of e-book-only publishers will be interested in your other work (in original universes).  Many small publishers today require you to have a large online footprint, an established fan base, before they can publish your work!   It's a whole new world for beginning fiction writers, and it's  changing fast.

Of course, along with mastering that "personalizing/de-personalizing" process in your mind, you must also master fictional structure, and a number of other (boring) technical writing tools (like dialogue, flashbacks, description, scene structure, characterization, succinct phrasing).

Writing is hard work, and learning to write is even harder, so make it fun by playing with some of your favorite characters in fanfic!

You can find my Star Trek fanfic, written as homework for a writing course (during which I began selling fiction commercially with the first story in my Sime~Gen Universe (now 12 volumes and counting)) at fandom/startrek/

You can find all the Sime~Gen novels and most of my other novels in this Amazon store.


There are print, e-book, and audiobook editions at various online stores.

And the readers of Sime~Gen have produced much more than a million words of Sime~Gen fanfic, much of which is posted on simegen.com and indexed here: sgfandom/

The oddest phenomenon I've yet run into is how several people who had read no commercially published Sime~Gen novels have become Sime~Gen fans just by reading the fanfic!

You can find Sime~Gen fans on the Facebook Group Sime~Gen.  There's a newsletter blog you can follow by email at  Out-territory.blogspot.com/

You can find descriptions and free chapters on Jacquelinelichtenberg.com.