My 2 Cents on: Science Fiction

My 2 Cents on:
Science Fiction

Let me say this, in my own clumsy way.

I haven't been reading a lot of science fiction lately, and I've skipped a lot of movies too. And it finally hit me after seeing Cloud Atlas what was bothering me.

I grew up in an age when science fiction movies were about vision and courage. Things To Come was about humanity triumphing over ignorance and leaping into space. Destination Moon and Conquest for Space were vivid predictions of what was possible. 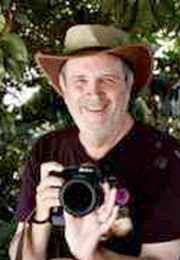 Forbidden Planet took us to far stars and 2001 was one of the great inspirational landmarks of the twentieth century. Star Trek, the original series, was about a future of exploration and partnership. All of these taken together said that human beings would survive our darker impulses, would learn how to live together in harmony, would assume the responsibilities of true sentience. And it's no coincidence that those stories helped motivate one of our grandest adventures -- the Apollo program that took us to the moon.

Today, too many books and movies and TV shows are about the failures of humanity. We see big impersonal cities or dystopic soul-crushing cities. We see failure and futility and hopelessness. We do not see people laughing, building, exploring, seeking, discovering, or rising to new heights -- no, we see them struggling for survival, squabbling with each other-- not uniting in common cause, not surviving as communities, but devolving into deranged and panic-stricken animals.

I know from personal experience that view of human nature is wrong. I've been at the center of a disaster and I watched as strangers came together to help each other, as neighbors gathered to make sure that everyone was safe and cared for.

I think that since the sixties, science fiction authors have become more and more overwhelmed by the future -- there's too much knowledge, too much research, too much technology for any one single human being to keep up. The "singularity" is crushing down on us even before it arrives. So it's easier to write about the collapse of civilization than to imagine a future where civilization has leapt to a new level.

But the history of our species is an astonishing chronicle of invention, innovation, and stubborn mean cussedness over the obstinacy of the physical universe. There is still so much we can be looking at, imagining, predicting, postulating, extrapolating, and describing so vividly that the reader will be certain we're time-travelers from the future. We have a whole solar system to explore. Getting into orbit, getting to the moon and Mars and the asteroids and the moons of the gas giants, all of those locales are opportunities for amazing tales of unknown possibilities.