... Ari Berk on popular writing, modern mysticism and its creatures 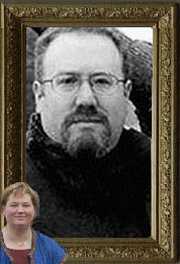 ... Ari Berk on popular writing, modern mysticism and its creatures

Ari Berk is a professor, an illustrator, an author ... a highly interesting person to talk to. After having had the opportunity to read a variety of his books, including "How to be a Viking", "The Secret History of Giants" (review in German only) and ".... MERMAID LINK EINFÜGEN", we thought we really should talk to him about what he does.

No wonder, the result is more than only one interview. After the first interview on the "Order of the Golden Quills", we continue with a more sophisticated talk about his work.

He is a professor at the Central University of Michigan and his page of the university-website names (among others) "Folklore Belief and Custom in Rural Britain, Celtic Mythology and American Indian Ethnography as his research interests.

Zauberspiegel: Ari, you are indeed a professor and teach mythology, you are a well-studied expert in mythology, history and legends. Why do you dwell in the depths of popular books that are more into entertainment than into pure academic knowledge?
Ari Berk: This is an interesting question. One I have asked myself many times. For me, the answer has come to be a simple one: The material I study as a scholar is meant for all people. It always has been. So if I were to only write academic papers, how many people would benefit from them? How many young people would read them? Relatively few, I think. Also, because of the nature of the kinds of things I study (myth, folklore, stories, songs, artistic interpretations of those things) I feel that it is also my responsibility to add something to that ongoing dialogue, to make something from the stories and lore that inspire me. I think that is everyones responsibility: to read and hear stories, then to tell stories and make art. I feel very fortunate that the stories that inspire me and that I write are the kinds of stories that other people want to read and want to know more about. 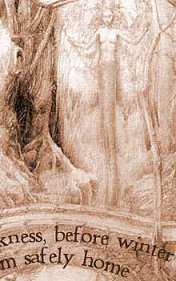 Zauberspiegel: Your vita on the Mythic Imagination Institute website says Deeply dedicated to an interdisciplinary approach to teaching, research and writing  what is this approach and how do you fill it with life in your teaching?
Ari Berk: An interdisciplinary approach means, simply, making use of multiple approaches and schools of thought in your research and work. For me this was essential, so all of my degrees are in interdisciplinary fields. That means, for example, to study a particular topic in ancient history, you would utilize research from a variety of fields such as: history, archaeology, literature, art history, linguistics, etc. Universities tend to break knowledge into categories, to departmentalize, and then you major in one of them. I was always more interested in putting them together, in letting my research dictate what I needed to study, not the department I was in.
In my teaching, I take the same approach. So, in studying one particular myth, we might look at several translations of that myth, as well as how that myth has been interpreted by artists, filmmakers, singers. We might study Orpheus through Ovid, Elizabethan ballads, 19th century paintings, the films of Cocteau, and the modern poetry of Louise Glück. In this way, I hope to show myth as a continuing conversation with the past and with the eternal, instead of as a collection of texts that have nothing to say to the present.
Zauberspiegel: What is this institute about and why and in what form do you participate?
Ari Berk: Do you mean the Mythic Imagination Institute? I have served on the Board of the Directors since its inception, and have aided in putting together two of the largest and most extraordinary conferences on myth ever held. Anyone interested in the Mythic Imagination Institute should read about it themselves. Here is a good place to start: http://www.mythicimagination.org/
Zauberspiegel: Mythology, all kinds of ancient believes and habits are extremely popular among modern people. In the course of this the myths and believes mix increasingly to some sort of modern mysticism. Do you think these developments are the natural flow of a changing world or do you think the old and original faiths were  for a good reason  different and to some extent separate?
Ari Berk: At the root of all belief, is a desire for inclusion, to participate in conversations between individuals, between people and place, between people and the divine. That thing you might call modern mysticism, is, often, a curious mix of old and new. I prefer not to judge the nature, the veracity, nor the integrity of any individuals personal belief. But let me say this: people have always made use of tradition in innumerable ways. Even the worlds main, best-known religions have undergone numerous schisms and divisions as practitioners and/or leaders try to renegotiate their relationships with their faith. To me, it is more important that people are actively participating in a conversation with the past. What they make of ancient myths and ancient practices is their own business.
There is, however, one area that gives me pause. That is when the living beliefs of a living culture are appropriated by others who have no connection to the culture of origin. In America, this happens most often with the appropriation of Native American beliefs by non-Native people, who then present those appropriations as traditional. I find this practice (which is usually done for profit) highly suspect.
Zauberspiegel: Your vita says you are a writer, visual artist, and scholar of literature, history, iconography, and comparative myth. Is it possible to incorporate all these different interests in just 24 hours, 7 days a week and 52 weeks a year?
Ari Berk: Well, first of all, I must be allowed eight hours of sleep each night! I think, when your work is what you love most, it is possible. Do I sometimes need to schedule things in accordance with deadlines? Of course, but I do feel that most everything I do is related to these things: art, writing, reading, studying; I do not think of them as isolated phenomena in my life. This is something that often comes up in my conversations with my son. In fact, he once taught me something about the power of place on a walk we were taking in our local woods. I spoke about that at a conference once, and that talk was presented in two parts by the conference folks. It can be seen here (with a truly extraordinary introdution by artist/singer Fred Johnson):
clip conference part 1 (youtube)
clip conference part 2 (youtube)
(both links open in new windows, you are leaving zauberspiegel-online)

Zauberspiegel: Together with a friend of yours, Brian Froud, you have styled a group of goblin-puppets. Would you introduce us to them (see pic I have added). (by the way  is there a way to get them in Europe?)
Ari Berk: These are based on characters Brian and I created for our book GOBLINS! Everything and more a person might want to know about these and a host of other goblins has all been lovingly compiled in that (odious and most scurrilous) volume.
Zauberspiegel: Is there a book of yours that means most to you (or more than the others)? If so, then for what reason?
Ari Berk: The book that means the most to me is always the book I am writing at that moment. Thats because its characters surround me, whispering, yelling, suggesting things they want to say, want to have me say for them. Theyre hard to ignore. Also, when I work on a book, I completely immerse myself in its world. Its hard to think about much during those times.
Having said that, I am quite excited about the Secret Histories series, because everything that goes into those books, every strange piece of lore, has something very intriguing to say about the odd and ancient world around us, things that are even now waiting to be discovered. Writing these books makes me feel like a medieval voyager: everywhere you look, the world is awash with wonders.
Meet Ari Berk on web at: www.ariberk.com (Link opens in new window and leaves zauberspiegel-online)