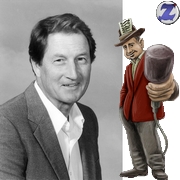 Through the western novel "Day of the Wolf" I came across the website of the author Charles G. West. After that, I contact the Author, who surprisingly quick replied, and came forward to answer some questions. My contact with Charles G. West resulted in the following interview I don’t want to keep you back from… 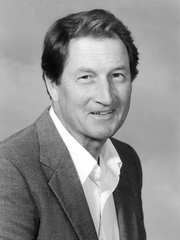 Zauberspiegel: Chuck, why don't you tell us a little bit about yourself for those that are unfamiliar with the author Charles G. West?
Charles G. West: My writing is exclusively in the western genre, and has been since my first western novel, Stone Hand, was published in 1998. It was published by Penguin and began a successful partnership that lasted through forty-five books until Penguin decided to drop all westerns.
My last book for them was Slater’s Way, published July, 2015. I was contacted then by another publisher as a ghost writer. I did, however, write four more books under my name. They were published by Pinnacle Westerns.

Zauberspiegel: Since when did you write your own stories?
Charles G. West: I started writing in about 1993, while still operating a small printing company in a town close to Atlanta, Georgia.

Zauberspiegel: Your debut novel was the SF thriller "The Tenant". What is this book about?
Charles G. West: The Tenant was the product of an idea I carried around in my head for a long time. It is based on the Frankenstein character, but with a difference. I thought it interesting if the transplant was to replace a criminal brain with the brain of a brilliant man.
Of course I had to arrange for everyone who witnessed the transplant to disappear. So now, the police are after a criminal body with an innocent brain.

Zauberspiegel: Where did the inspiration for the book come from?
Charles G. West: I always thought everyone has at least one book in them. So I decided to see if I could write a book. When I finally finished it, I decided to see if anyone would publish it. That took a while and a ton of rejection letters, but a small publisher, Write Way Publishers, finally bought it. 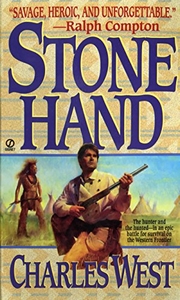 Zauberspiegel: You gave your western debut with the novel "Stone Hand". How did you come in contact with Penguin Books? Did you contact the publishers on your own?
Charles G. West: I tried publishers, wrote letters to editors, with no luck. Then I tried a different approach. I called the publisher of a popular line of westers and asked who the author’s agent was.
They promptly gave me his name and phone number. So I called the agent and he agreed to look at the manuscript. He called back and wanted books 2 and 3 of the series.

Zauberspiegel: "Stone Hand" was the first book with Jason Coles. What is this book about? And where did the character come from?
Charles G. West: The story is about master tracker, Jason Coles, and his efforts to track down the renegade Cheyenne warrior, Stone Hand. Coles was like all my protagonists, a man who was not a hero but was often called upon to do heroic things.

Zauberspiegel: Is Coles a down to earth figure?
Charles G. West: Yes, very much so. 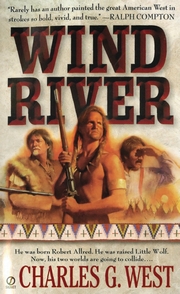 Zauberspiegel: Is it true, that you wrote "Wind River" before "Stone Hand"?
Charles G. West: Yes, I did. Wind River was my epic historical novel, and I was concerned the agent might not want something that took three books to tell. So I sent him Stone Hand.

Zauberspiegel: "Wind River" is the first novel with Little Wolf. How would you describe this protagonist?
Charles G. West: Little Wolf is adopted as a child by the Arapaho Indians. He grows up to be a fierce Arapaho warrior.

Zauberspiegel: After the novels with Jason Coles and Little Wolf you wrote books with Trace McCall, Culver, Jordan Gray, Matt Slaughter, Cole Bonner and John Hawk.
What are the differences between Jason Coles and Little Wolf and the other protagonists of your western novels?
Charles G. West: Many of my protagonists have lived with the Indians, like Matt Slaughter, John Hawk, and others. But Little Wolf actually lived the life of an Arapaho, since he was a small child, and grew up to be a warrior.

Zauberspiegel: Who is your favorite character in your books so far and why?
Charles G. West: I don’t know that I have a favorite. They were all my creations. Maybe John Hawk because he’s such a rugged individual, but has a soft side as well.

Zauberspiegel: Where do you get the inspiration for your books?
Charles G. West: I have no idea. I’ve had a good imagination since a small boy and maybe my writing is just a grownup version of “playing cowboys”. One of my editors described my style as “writing on the fly”, meaning I never use an outline. I just follow the story wherever it takes me.

Zauberspiegel: Is it true that you read novels by A. B. Guthrie and Vardis Fisher as a child?
Charles G. West: Yes, I did. I thought their books were believable. They inspired me to try to do the same.

Zauberspiegel: How difficult is it to keep the different western novels fresh and the story full of surprises?
Charles G. West: It definitely is a challenge to the author. That’s why I’ve always tried to put my protagonist in different situations with perhaps a surprise ending.

Zauberspiegel: How do your western novels differ from the usual novels of this genre?
Charles G. West: That’s difficult for me to answer because I don’t read other authors in my genre. The real reason I don’t, however, is because I don’t trust my memory. And I’m afraid I’ll write something I think is original, not remembering that I read it in someone else’s book. That said, I hope that my novels are more realistic than a lot of the “fast-draw” books. 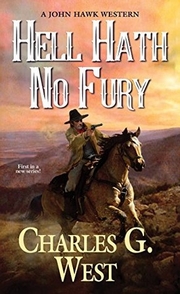 Zauberspiegel: Your first John Hawk novel "Hell Haith No Fury" won the "Spur Award". What was it like to receive these awards?
Charles G. West: I was immensely gratified to have been selected. The Spur Award is special because it is judged by other authors.

Zauberspiegel: A year later, your John Hawk novel "No Justice in Hell" made it to the finals of the Spur Award in the "Best Western Mass Market Paperback Novel" category. Why are the novels with the character of John Hawk so successful?
Charles G. West: I think people like John Hawk because he’s so human. Hell Hath No Fury won the Spur Award, but I liked No Justice in Hell more because of Hawk’s relationship with the young girl, Jojo.

Zauberspiegel: Your latest novel "Montana Territory", the third book with John Hawk, was published in 2020. What is this book about?
Charles G. West: Hawk is called upon to find out what happened to a religious party that started out for Helena, Montana Territory, but ended up missing. He discovers they were ambushed by a gang of outlaws, so now Hawk goes after the outlaws.

Zauberspiegel: What projects are you currently working on? Can you tell us a little bit about it?
Charles G. West: At this particular time, I’m up to my neck ghost writing. However, I am scheduled to write a new historical novel under my name, probably not until the latter part of the year.

Zauberspiegel: Chuck, thank you very much for answering my questions.