... Mark Baumann on »Harrowing Tales«, gamebooks und their chances in the WWW 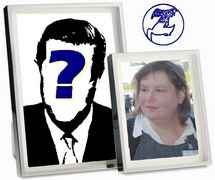 ... Mark Baumann on »Harrowing Tales«, gamebooks und their chances in the WWW

Mark Bauman is not really famous (so far :-), known far and wide, we had previously known him - quite frankly - only by the fact that he sent Jack Venture on an exciting adventure.

The game book (see the online-gamebook "The Smoking Mirror #1, Murder in Monte Carlo" on the website spielbuch.net by Pierre Voak)  still is in "demo" status, Mark is still working on it, but some parts of this story history of a Pulp Thriller / Mystery genre are already published. We liked them so much that we wanted to know more about the author and its positions on gamebooks. Here is our interview with him.

(Note: The sections marked as quote are textparts taken from the game).

The year is 1936. The world is in the grip of the Great Depression and on the verge of war. You are Jack Venture, private gumshoe, jazz musician, globetrotter, treasure seeker, man of action.

Zauberspiegel: Who is Mark Baumann and why does he write hardboiled stories?
Mark Baumann: I am a 33-year-old graduate student living in Austin, Texas.  I am working on a Ph.D. in astrophysics.  In the limited free time that my studies allow me, I enjoy activities like swimming, cycling, martial arts, hiking, reading, writing, board games, role-playing games, and watching films. Some of my favorite authors include J.R.R. Tolkein, Isaac Asimov, Philip K. Dick, Thomas Pynchon, Jorge Luis Borges, Robert E. Howard, H.P. Lovecraft, and Raymond Chandler.
I am fascinated by period pieces and enjoy their ability to whisk you way to another time and place that you otherwise would never have the opportunity to experience.  Life in the 1930's and 1940's has been of particular interest to me recently, so when I was deciding on the type of character I'd like to write about in a pulp-style story from that time-period, the hard-boiled detective sprang to mind.  There are many characteristics about the hard-boiled detective that I enjoy: his unflappable resolve, his morally ambiguous but strong sense of justice, his courage to work alone and willingness to take matters into his own hands, his rugged allure to the opposite sex, and his ability to solve problems with the application of both shrewd deduction as well as raw physical force.  I am also interested in characters that have a tough exterior but who occasionally display a secret appreciation for life's pleasures.  For these reasons I thought the hard-boiled detective would make an enjoyable character to center a story around. 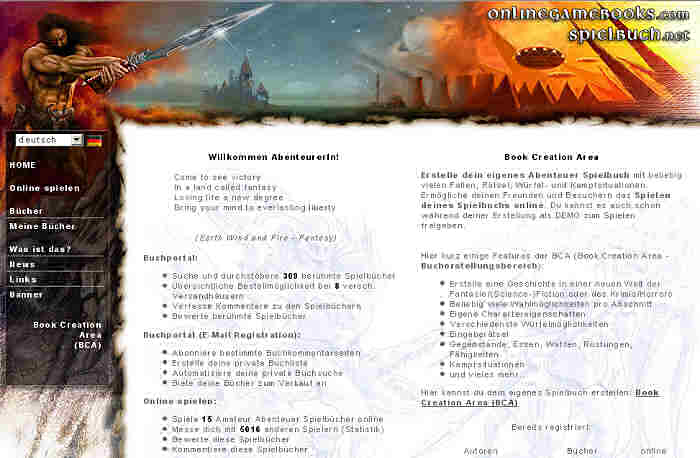 Zauberspiegel: Why don't you "simply" write a novel, but chose to do a gamebook?
Mark Baumann: I've chosen to write a gamebook because I enjoy reading gamebooks (more on that later) and I want to share that experience with other readers.  As a kid, gamebooks helped fuel my interest in reading and history, and if I can do that for others I would consider that a resounding success.  Perhaps ironically, I also hope that readers of gamebooks might eventually aspire to move on to something else in order to quench their thirst for more realism and more immersion. This happened to me and led me to the more complex, immersive, and social world of roleplaying games.  Besides being fun to read, I think gamebooks can serve as a gateway to all of these things.

Based out of your private office in Manhattan you stalk clues around the clock, earning a living by solving other peoples´mysteries. The things you´ve seen in the dark alleys and mean streets of the Big Town would bedevil anyone with a weaker mental fortitude than your own, for just underfoot of the oblivious residents of the bustling city lurks a web of dark secrets: insane criminal masterminds; underworld occult tribes worshiping pagan gods; black magic rituals that summon the supernatural; and even underground denizens of the dark unknown to modern science. If there is something bizarre going down in New York City and you haven´t found it yet, you can be sure that it will somehow manage to find you!

Zauberspiegel: How do you design the story? Do you have an already finished book that you open up and alter to a gamebook?
Mark Baumann: Although I don't already have a finished book to work from, the way I design the overall plot of a gamebook is similar to the way I would design the plot of a novel.  I've already decided on a beginning, middle, and end.  Often I write the ending first.  I also design a few especially interesting scenes or encounters that I want to work intothe plot.  The similarities pretty well stop there, however.  Since a gamebook is a set of branching plots, the goal then is to steer all ofthese branches from that single beginning to the already-written ending (aside from the various "unsuccessful endings" where the reader/player has made a bad decision and the story meets an undesirable end).
The way I write the middle of a gamebook is essentially the following: (a) describe the current scene or action, (b) put myself in the reader's shoes and decide which options I'd like to have now, (c) create a branch in the story for each of those options, (d) start over at (a) for each branch.  This presents a number of challenges as the writer.  First and foremost, I want to give the reader enough options that he/she feels like he/she is really in control of the story and
can do whatever the reader wants.  This causes the number of branches to grow exponentially.  So I often look for ways in which I can bring separate branches back together; for instance, perhaps two different decisions will create two alternate branches, but both of those branches can eventually end up at the same conclusion.  How to decide such things is a continuous process of "pruning the branches" in order to make the job of writing a manageable one, while at the same time trying to preserve a feeling of believability.  This is sometimes a difficult balance to achieve.
Another difficulty I encounter frequently is how to handle the plot branches in which the reader/player is going astray from the central plot of the story. Obviously I don't want them to get too far off-track, but again I want to preserve that sense of "the reader is in charge."  If the reader is only presented with options that lead either to success or immediate failure, then that quickly takes away the illusion of this being a realistic story in which one is control of one's own destiny.  It's surprisingly challenging to create these subplots, for in a sense you are forcibly distracting yourself from your own vision and creating secondary stories within your story. To write these secondary stories in a way that is both believable and in line with what the reader/player is trying to accomplish is a challenge.  And eventually you want to either steer the reader back on track, or end the story completely.  I try to avoid frequently "pruning the branches" by writing unsuccessful endings.  I don't want the reader's experience to end after just one bad decision (usually I require at least two bad decisions in a row, maybe more).  Therefore I find that writing these "stray subplots" takes on a life of its own in which the decisions made by my imagined reader/player are actually writing the story for me.  In this way, writing a gamebook differs substantially from writing a regular novel.  You aren't writing the plot of just one story, but the plots of *every possible* story.

The Great Depression, looming war in Europe, and a Detroit woman beaten by terrorists. There´s not much to cheer about in the news today so you toss the paper aside on your desk.
You´ve just finished filing your latest case away in your overstuffed office filing cabinet, letting the events of the recent investigation replay themselves in your head as you gaze out of your office window at the Manhattan traffic twelve stories below. You were on the trail of a stolen set of diamonds when the small-time thieves split town. Two days later they were nailed trying to knock over a bank in Jersey. The hoodlums were busted, the diamonds were returned, and justice was served. But your cut of the take left a lot to be desired.

Zauberspiegel: What do you like about gamebooks? And what is so special about doingan online gamebook?
Mark Baumann: Gamebooks have always been so enjoyable for me to read, and I think this relates back to my point about period pieces: gamebooks have the ability to immerse you in another time and place.  As the reader, you become the main character and you therefore can live a life that you would otherwise never have had the chance to live.  In a regular novel, while you may be immersed in the setting, you are still just reading about someone else's experiences.  But in a gamebook, it's not only the success or failure of the main character that is at stake, but it is your *own* success or failure that is also at stake.  For me, the immediacy of the interaction of your own decisions with the people and places of another era (or another universe) is the power of a gamebook's immersive experience over that of a regular novel.
Gamebooks translate very naturally to the world wide web.  The web is a great way to reach a large number of readers at virtually no cost. Also, hyperlinks are perfectly-suited for writing a branching story: if you want to do A, click here; if you want to do B, click here; etc. However, the web offers far more than just plain HTML, and I'm only just beginning to explore the possibilities for augmenting a gamebook by adding complex machinery that is completely invisible to the reader.  In a traditional pencil-and-paper gamebook (or RPG), keeping track of a lot of statistics, numbers, and lists quickly becomes a tedious exercise, and therefore a good gamebook would keep this to a
minimum.  However, with the programming tools available in web design, an online gamebook can do all of this tedious tracking for you.  My hope is that this would allow me as the writer to create an even more realistic gamebook experience in which a potentially huge set of possessions, skills, statistics, and scores are all automatically updated for the reader and then used to make the story more realistic and therefore more immersive.  Flash-based online games have become very popular recently as well, which adds far more interactive possibilities.  How can the advantages of Flash be incorporated into gamebooks?  The iPhone/iPad also has a lot of potential as a platform for
reading/playing gamebooks.  Perhaps the biggest challenge to online gamebooks is to keep them relevant and interesting in this modern world of computer technology.
Overall I believe the goal in writing a good gamebook is to use the medium at hand to make the most realistic and immersive experience possible for the reader, while maintaining ease-of-use and readability and without losing what a gamebook is at its heart: an interactive story that is delivered through words.