Llewellyn, Sam - The Well Between the Worlds (Monsters of Lyonesse) 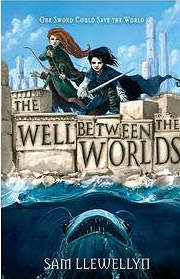 If something can swim, it has to be a monster. And if a person can swim, it must be a "mix", a hybrid creature, half man, half monster, because people do not swim.

This is just one of the rules that govern the lives of people in the land of Lyonesse. Water is vital, but also threatening, and therefore anything that comes out of the water and isn't a fish.
When Idris Limpet, the son of a simple fisherman's family, falls out the window of a tower, hits the water - and survives, he is confronted with this knowledge, and the consequences it has for a man, if one is believed to be such a hybrid being.

Idris has only just discovered that he apparently has a really special ability, because he finds out that he can command the performance of a fly or a gull, and even give the fly a mental command. Before he can begin to understand what happens, he is dragged before the local tribunal of his home town of Westgate. 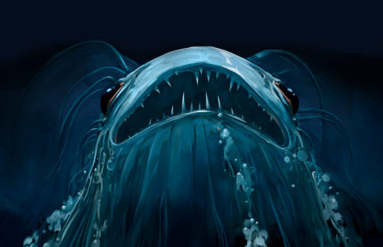 The accusation is as clear as deadly: He is a mix. For he hasn't drowned after the fall from the window, but survived. And this, testimony holds against him, makes clear that he is a mix between monster and man. And that is punishable by death.

What saves him is this strange ability of making his thoughts enter other minds. His mentor in Westgate has noticed this ability. And intervening as the captain of Westgate by Idris life, the "man with a nose ring" saves Idris, takes him and leads him into a new life.

His ability of this perception of thoughts of other creatures marks Idris destination for the new task, and Ambrose (the man with the nose ring) takes him there: "Monstergrooming" - the "care" for the monsters. 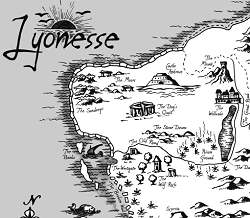 For Lyonesse, the home of Idris and scenery of history, can only exist because it is "served" by monsters.

In a review of the British Telegraph, the journalists writes "Sam Llewellyn makes Narnia look like Teletubbyland", and once again uses one of the great classics of children's fantasy in order to classify a new book. This is, in my view, a mistake. Narnia has a very different background and is very limited for a comparison with The Well.

In fact, this book, which is - due to the new age recommendations for English children's books from age 11 - fast-paced, very exciting and full of unusual ideas. 11 years is an absolutely appropriate recommendation.

Let aside the fact that it is technically well written and you find yourself jumping back a few lines very surprised now and then, the book is filled with some ideas that I can't remember having encountered yet in this form. This proves once again that - (despite the classic props of the lonely boy who is very special, and torn from his home country - the mysterious savior - the threat of not only the life of the boy but the whole world) - it is "still" possible to write new books to read which with enthusiasm and fun.

A little suggestion for readers: Who, after this review, heads to his local bookstore and buys the book only to find a more lyrically inspired text on the first pages, should not be deterred by the  fact Because this is the only drawback that I have noticed so far. Even though this doesn't mean the opening sequence is not beautiful, it has a tendency to put one on a false trail. 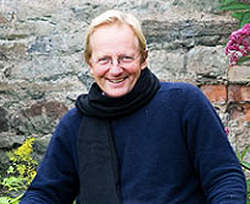 In my joy about this book I immediately tried to find out what Lyonesse is about, and contacted Sam Llewellyn, asking for an interview.

We are very pleased to soon publish an interview with him on Zauberspiegel.

On the book's website you can find a comparatively long, mouth-watering teasertext  (link opens in a new window and leaves the sides of Zauberspiegel).