We are all Science Fiction: A Neutral Discussion On the Puppy-Inspired-Hugo Ballots - The Hugo Issue Part 3

We are all Science Fiction:
A Neutral Discussion On the Puppy-Inspired-Hugo Ballots
The Hugo Issue Part 3

I’d like to posit a more neutral, middle-of-the-road approach. 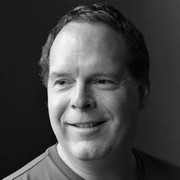 While it is certainly true that the Puppies have thrown the normally sedate voting system on its ear, it is vital to note that they did nothing wrong.  The Hugos have historically been nominated and voted upon by the attendees of WorldCon, a select group of people who purchase either a supporting or attending membership.  With supporting memberships starting at $40, it was simplicity itself for the Puppies to gather enough like-minded folks to vote for stories and authors proposed via Torgersen’s and Beale’s Sad and Rabid Puppy slates.

There’s absolutely nothing wrong with this approach, since the de facto attendees of WorldCon have been doing this for years, but not with the same amount of foresight and intent.  It’s perfectly okay for like-minded individuals, even slate-provided ones, to vote for the stories and authors they think most deserve to win awards.

So what’s the big deal?

Those who are against the Puppy antics feel strongly that the very spirit of the awards has been sundered, and that the works that “deserve” to be nominated for their literary merit were pushed off the ballot this year, leaving only the choices of the Puppies to vote for. This is maddening to the anti-Puppies voters because, in most cases, the nominations aren’t what the Puppies touted them as being, namely the best representations of entertainment science fiction available. While the Puppies eschew “message fiction,” it appears as if the slates were almost selected to send messages, contrary to the stated intent.

Regardless, as stated above, the Puppies, be they Sad or Rabid, did nothing truly wrong. They brought excitement back to the voting process, drove membership sales to unheard-of heights, and have generated quite an excess in revenue for the Sasquan convention hosts. Intermixed with the finger-pointing and shouting, there is an energy to the voting this year that hasn’t been seen in decades, and voters have bandied about voting suggestions that deliberately exclude Puppy nominations, including those who don’t actively espouse the same protestations. Notable nominees include Kevin J. Anderson and Annie Bellet, as well as Kary English, a favorite for her short story “Totaled.”

Regardless of where any participant stands in this “tempest in a science-fictional teapot,” there is no doubt that all the participants love Science Fiction, and that what we are discussing here are only preferences for different types of stories, with the Puppies advocating for more traditional Science Fiction and the non-Puppies advocating for more literary works. At the conclusion of the Award Ceremony on August 22nd, we will all know, as a family, who won and who didn’t, regardless of how the nominees arrived on the ballot.

It should be exciting!

I'am afraid, thats not all. Many of the Puppie statements show the attitude of a "culture war" from the right.
#2 Cat 2015-08-22 15:15
I went back to the webpage where Brad Torgersen solicited suggestions for the Sad Puppy slate for this year.
Thirty five books were suggested. Four got three "nominations" each. Four got two nominations each. Twenty seven were only nominated once.

That is what real nominations look like in a field where number of candidates equals "all SFF books published last year." Very broad, with little consensus. And I will point out that since the suggestion was issued on Brad Torgerson's blog, this was a group pre-selected for having similar tastes in science fiction.

And yet getting "nominated" by less than 10% of that group made a book a stand-out among the nominees.

A slate converts that "favorites will get roughly 10%" behavior into "slate nominees get 100%." It boosts the nominating power of a group ten-fold.

In the process of curating these offerings and adding his own (and those of other people he refuses to specify) Brad Torgersen (and Theodore Beale, who did the same thing on the Rabid Puppy side) did not include _The Three-Body Problem_, a book that is the hardest of hard SF, exactly the sort of thing the Puppies like. I know this because the leader of the Rabid Puppies admitted on his blog he would have included it on the slate if he had known, and later on the same blog chose it for his first place position.

It is only on the Hugo Ballot because two slate nominees withdrew (one before and one after the finalists were announced.) The Puppy Slate pushed a work the Puppies themselves would have liked better off the Hugo Ballot.

This is the problem with slates. If a group of people is willing to converge on a set of acceptable second-bests for the purpose of increasing their political power over the Hugo process, they can increase their nominating power by a factor of ten, but in the process they will push other works off the ballot--even works they themselves would have preferred if they had only allowed the majority of nominators to suggest them.
Kommentarliste aktualisieren