A Death in Maastricht 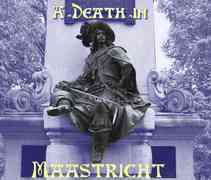 A Death in Maastricht

Maastricht.  Bisected by the Meuse River, it was an ancient Dutch city protected by formidable ramparts, bastions, and demilunes, well-provisioned and well-manned.  Its commander, M. de Fariaux, the Baron de Mande, was an expatriate Frenchman who had fought the famed Maréchal Turenne  to a standstill some seventeen years earlier.  Maastricht was one of the best-fortified towns in Europe, and it was the key to Louis XIVs campaign against the Spanish Low Countriesa campaign meant to avenge humiliations enacted upon the young French king by the Triple Alliance of England, Sweden, and the Dutch Republic in 1668. 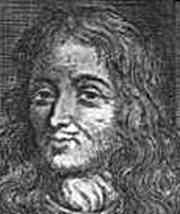 The siege of Maastricht commenced on June 10th, 1673, organized by the brilliant military engineer, Sébastien Vauban.  Under the watchful eyes of the King, himself, the French dug trenches, parallels and contravallations meant to deny the Dutch the ability to launch sorties in retaliation.  By the 24th of June, the feast day of St. John the Baptist, Vauban had ringed Maastricht with forty thousand men and more than fifty cannon.

Premiere among the forces arrayed against the Dutch were the two companies of the Kings Musketeers, known as the Black Company and the Grey Company (after the color of their horses); though often rivals, both companies were nevertheless brimming with elite swordsmen and marksmen, the sons of nobility who sought glory and honor in the military arena before seeking political office.  But the capitaine-lieutenant of the Kings Musketeers was a career soldier, a man whose name and exploits were, even in his lifetime, the stuff of legend: Charles de Batz Castelmore, the celebrated Comte d'Artagnan.

Thanks to Alexandre Dumas, the name is well-known to us, today: dArtagnan, the penniless Gascon adventurer who journeys to Paris in hopes of joining the Kings Musketeers, who brawls with the Cardinals Guard, and who thwarts the machinations of the deadly Milady de Winter.  In reality, Charles dArtagnan served as a soldier and officer in the Gardes Française and took part in last stages of the Thirty Years War and the Franco-Spanish War: in the sieges and campaigns of Arras, Collioure, Perpignan, La Bajette, La Capelle, Saint-Folquin, Saint-Philippe, Gravelines, the Aa River, and Steenvoorde.  In 1644, his bravery earned him a long-sought honor: the mantle of a Musketeer.  For years he was an agent of France's de facto ruler, Cardinal Mazarin, and later he became a close confidant of young King Louis XIV.

By 1667, after years of conspicuous service, the King invested dArtagnan as capitaine-lieutenant of the Musketeers; soon after he was ennobled with the title of Comte dArtagnan.  Though married with two sons, his men were his true family.  He presided over their marriages and christenings, fretted over them and made sure they had the proper accoutrements, paying from his own purse if the situation demanded it.  When needed, he dispensed justice that was harsh but fair.  And at an age when most men were looking forward to retirement and a pension, Charles dArtagnan was sharpening his sword and priming his pistols in anticipation of battle. 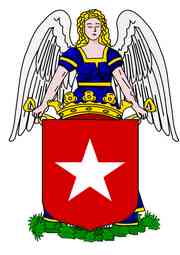 This, then, is the man who led the Kings Musketeers into position before a great demilune protecting Maastrichts Gate of Tongres; at ten oclock on the night of June 24th, French cannon began a bombardment in concert with an infantry attack led by the young Duke of Monmouth.  It was a determined assault, desperate and bloody, but the French succeeded in gaining a foothold in the Gate; by dawn, dArtagnan, in his striking burgundy, white and black livery, rallied his surviving Musketeers as reinforcements hurried to relieve them.  The Dutch, however, did not remain idle.

During a lull in the fighting, M. de Fariaux ordered his sappers to mine the Tongres Gate.  He would blow the enemy off the demilune.  An explosion ripped through the French position, though it failed to displace themin their haste, the Dutch had not filled the tunnels with enough powder.  But, the blast sowed disorder in the French ranks, disorder that the Dutch tried to capitalize on.

Frantic, Monmouth sent word to dArtagnan.  And though he was exhausted from the previous nights fighting, the capitaine-lieutenant of the Musketeers led his men back into battle.  On June 25th, 1673, amid the ferocious crash of cannon and muskets, surrounded by a scrum of writhing bodies splashed with blood and soot, Charles de Batz-Castelmore, Comte dArtagnan died with a musket ball in his throat.  Four of his beloved Musketeers died trying to recover his body and carry it back to the French lines . . .

All of France mourned the loss of dArtagnan, a man of singularly noble virtue who put the demands of King and Country over those of his person.  In the years to come, men of lettersmen like Gatien de Courtilz de Sandras (1644-c.1712), a pamphleteer and biographer who may have personally known dArtagnan, and Alexandre Dumaswould recount his tale, often embellishing it, adding a wholly unneeded gloss in the process.  Millions more would learn of his exploits thanks to the movies.  Still, the most profound epitaph appears on the base of a statue of a Musketeer, near the spot where dArtagnan died at Maastricht.  It reads:


One For All, All For One