Each Bundesliga (national soccer league in Germany) coach is pleased when his team successfully jumps into the so-called international business (the qualification for the Champions league or the Euro-League).  Editors of commercial/non-commercial magzines see and handle this differently (usually) as each one revolves mostly around regional sensitivities.

Everybody is talking about globalization although not usually magazines.  We are here to change that.  We have entered the international arena.

Very early on there were international figures who we tried to find and interview, including those who were not (or not yet) published in Germany.  In the end, with few exceptions, we were limited to events solely within The Magic Mirrors German language community.  There is so much more, however, than what is available in German and it can be brought to us.  There is a whole world full of topics that are interesting to the average reader of The Magic Mirror.

Please do not misunderstand: the core of The Zauberspiegel (aka Magic Mirror) is still  and always will be  the German speaking countries and what happens there.  Our writers in Germany, Austria, and Switzerland are very busy bringing you the latest stories about the many interesting and exciting topics from those regions.  The grass here is just as green as that over the next hill.  Finally, we will consider it unnecessary to address what a user described in a commentary core competence, a Heftroman (German pulp novel)  dare I say?  Quintessentially German theme since this is where we continue to maintain our focus.  Finally, we are currently involved in the pulp novel serialization project of the University of Gottingen to the point that we cannot let our German issues grind to a halt.  We have earned too much merit with this.

The Magic Mirror is to be supplemented and expanded again.  This is the consequence of growth.

For, hey! We are on the web.  With a few mouse clicks (and Google) I can travel around the world and look at anything that interests me.  One minute, Im on a Brazilian SF page.  Then, I point to an Indian movie page, or take a short trip through the Wild West.  Texans swap recipes with a chef.  In the next moment, Im back in good old Europe.  All of that travel and watching is done without leaving the living room or putting up with airports or subjecting myself to expensive vaccines.  I make my trip  even pausing for a cup of locally produced coffee  without really losing time.  I can gather the virtual world on my desk.  Within it, I can attend and discover so much of note.  Thats when I realize that we  our contributions  are just a speck of dust in the global network in spite of all diversity.

The Internet is our kingdom, the medium in which we present ourselves.  Yet, out of ignorance we still behave as if we were walking to the copy shop to make photocopies of Zauberspiegel  like we did in the eighties  and then send them through the German Post Office to its readers.  Just as we at home in Witzenhausen can reach any place in the world, so, too, can everyone in the world, by clicking on their computers,  reach the editors, columnists, and staff of the Zauberspiegel in the lovely Werratal at the Hesse-Thuringia border.

This all provided us food for thought:  how much different would it be if we pursued other activities such as breeding rabbits, collecting stamps, or bowling? It wouldnt, of course.

It is said that sometimes you must dive into the cold water and deal with the problems rather than worry about each little if and but until you worry the dream to death.  It is like the classic childrens song, Little Hans (Hänschen klein).  Our road leads logically into the wide world.  So, we dove into the water.  To our surprise, we are progressing better than we expected.

Earlier this year when I created the new Zauberspiegel international page I thought that it would be merely a poor cousin.  First it had to have people to write for it.  This is a complicated task (a fact we already knew from working with the German speaking countries).  Only rarely does someone voluntarily ask to join.  It has happened before (for example: Jochen Adam and Friedrich Gerlach). When they do, it is generally because someone else asks them directly.

But, first, we must become less nationally-chauvinistic; we must overcome the belief that only in Germany (and to an extent Austria and Switzerland) will we find active and interested people willing to write for a fanzine.  If we do find such people, we can expect that they will already be involved in projects of their own and have little time for us.  And, we did.  My first attempts at contacting authors and staff people met with exactly this result.  I did not despair, but I also accepted that I was at the start of a long and rocky road as is so often the case whenever starting something new.  I had to find support from people I did not know  had never met face-to-face before  who lived thousands of miles away and be able to convince them to enter an agreement with me taking it on faith that The Magic Mirror (aka Zauberspiegel) actually does exist.

Since I was already there, I began to search the Internet.  My tool of choice was FaceBook  especially since I had several friends there already.  As already stated on several occasions, this Zuckerbergian social network with its informal structure offered an ideal networking opportunity.  I soon found, however, that most of my existing contacts  as well as new ones  were already involved with other projects as I expected.  I started to see that our international edition of the Zauberspiegel was going to be operated in the shadows, eked out mostly by its own (German) activities with translated interviews and updated every few weeks. 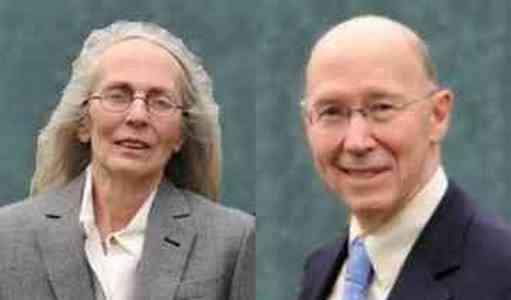 Then, all of a sudden, serendipity happens.  You come across the right people at the right time and the obstacles mysteriously vanish.

Janet Morris had become my FaceBook friend.  In the eighties she was on her way to being one of the leading ladies in fantasy and SF before embarking on different paths.  But, now, she had returned to writing.  After a number of chats, we started planning a Tempus Thales Day so I asked Janet  if she wanted  to pass along the message to her friends that the Zauberspiegel was looking for people for its international site staff. 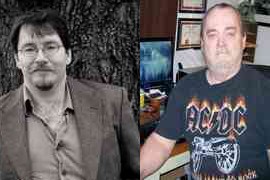 The next morning we had our first volunteers:  Scott Oden (from Alabama) and John Manning (from Texas) had submitted their first articles.  Yesterday and on the next two we'll publish the first three reviews of Sarah Hulcy (Texas). More writers of Janet Morris circle will be joining us in time.  Along with Scott, John, Sarah and Janet, these are all writers active in the Lawyers in Hell anthology and the Heroes in Hell projects.  The release of the U.S. publication of the anthology is expected this month (and we will present different stories from it).  We now have a solid foundation for The Magic Mirror  Zauberspiegel international upon which we can stand.

We will try to  as much as possible  translate these stories into German.  For this reason we now are looking for translators.  Please register so that no one has to revise.

We want to thank Janet and Chris Morris even more warmly at this point for their commitment and assistance.  Without it, our path would still be very rocky.  Now we are able to see more clearly, work well, and provide more text and regular updates.

But, be careful! We want to not only acquire foreign language (especially English) voices, but also contribute German content to the world outside of the Zauberspiegel.  Therefore items from our own pool will be translated and sent out not only to the powerful German audience but the international community as well, because we do not just take, but also give.

So, here we are, again, looking to the future and very curious at how these changes will develop on the international stage.  We are really excited and we look forward to a lively exchange of ideas.  We can learn much from each other.
Editing of the English translation by John Manning