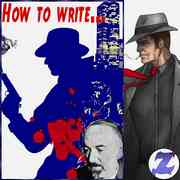 The detective story is a game. It is more--it is a sporting event. And the author must play fair with the reader. He can no more resort to trickeries and deceptions and still retain his honesty than if he cheated in a bridge game. He must outwit the reader, and hold the reader's interest, through sheer ingenuity. For the writing of detective stories there are very definite laws--unwritten, perhaps, but none the less binding: and every respectable and self-respecting concocter of literary mysteries lives up to them.
Herewith, then, is a sort of Credo, based partly on the practice of all the great writers of stories, and partly on the promptings of the honest author's inner conscience. To wit: